Remember “information superhighway”? Darn good metaphor for the Internet – and in the town of Rindge it’s finally a modern reality.

Thank goodness for that, said Tim Wessels, who has lived in this Brooklinesized town just west of New Ipswich, for 20 years.

“I think everybody’s appetite for bandwidth is virtually unlimited,” he said.

Wessels can finally indulge that appetite with a 20-gigabyte connection (both up and down) to the Net, which unless you’re buying premium service from Comcast or FairPoint’s fiber-to-the-home FAST, is better than your connection.

Wessels is one of 162 homeowners in Rindge and in the town of Enfield, up near Lebanon, who have hooked up to the brand new fiberoptic network. Known as Network New Hampshire Now and funded largely via federal stimulus money, it was mostly built by one Nashua firm, Waveguide, and will be managed by another, New Hampshire Optical Systems.

Network NH Now is mostly a “middle mile” project, bringing highspeed connections from the backbone to communities, but leaving it up to others to hook up the last mile.

Rindge and Enfield, a couple of towns often overlooked in the spread of the online world, were chosen to get fiber all the way to the home via an entity called New Hampshire FastRoads.

In the other communities throughout 10 counties where the network was built, most of it by Nashua-based contractor Waveguide, various private firms and public entities will be making those to-the-building connections.

The hope is that businesses, jobs and tax revenue will follow, just as they’ve often followed superhighways.

Wessels, who has worked with computer networks for years, is using his new online speed to create an virtual storage business called MonadCloud. (I think it’s a requirement that any business name between Keene and Mason reference Mt. Monadnock).

He thinks other businesses will follow suit, both online and real world, as will indirect monetary benefits, just as improved property values.

“I think this will be good for home resale. People do shop for connections,” he said.

Just putting up all that fiber with the various nodes took $40 million of the total; running bucket trucks all over the place ain’t cheap.

Not everybody is excited about the idea of a publicprivate network like this, notably FairPoint and the cable companies, which call it unfair, governmentsubsidized competition.

There have also been disputes, both legal and regulatory, with other entities over who gets to use which part of the utility pole to string their lines.

Wessels is an example of why FairPoint is unhappy.

Before fiber-optic came to his home he had two DSL lines from FairPoint as well as a satellite Internet connection. He dropped them all, as well as his Direct TV account (there’s no cable TV in his part of town).

Wessels is sympathetic to those companies, but points out that the DSL over copper lines was much slower than fiber to the home, and that FairPoint showed no signs of ever bringing anything faster to Rindge, whereas NH FastRoads is talking about 50-megabyte connections.

Wessels also said getting rid all those other systems means his monthly connectivity charges have dropped from a total of $268 a month to “a little over $100.”

Network NH Now is an open network, so in theory any business can make use of it. New Hampshire Optical Systems of Nashua will oversee and maintain it and Scott Valcourt, Network NH Now project leader, said it will be up to them to turn a profit now that the system is built.

Risk, indeed. Consider Maine, which recently finished a similar fiber-optic project, called the Three-Ring Binder because of a triple-loop geography. That project is now embroiled in a lawsuit between the builder and an Internet provider who said the binder doesn’t have enough connections to allow economically viable last-mile connections, which is likely to hold up its expansion.

Speaking of expansion, a fiber hookup from Network NH Now to metro Boston  is in the works, as well as a connection to Vermont’s Northeast Kingdom that may cross the border to Montreal. That makes sense for us, since much of our value comes from proximity to Route 128 and, to a lesser extent, eastern Canada. 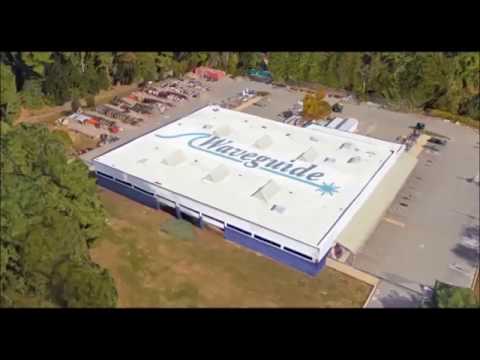